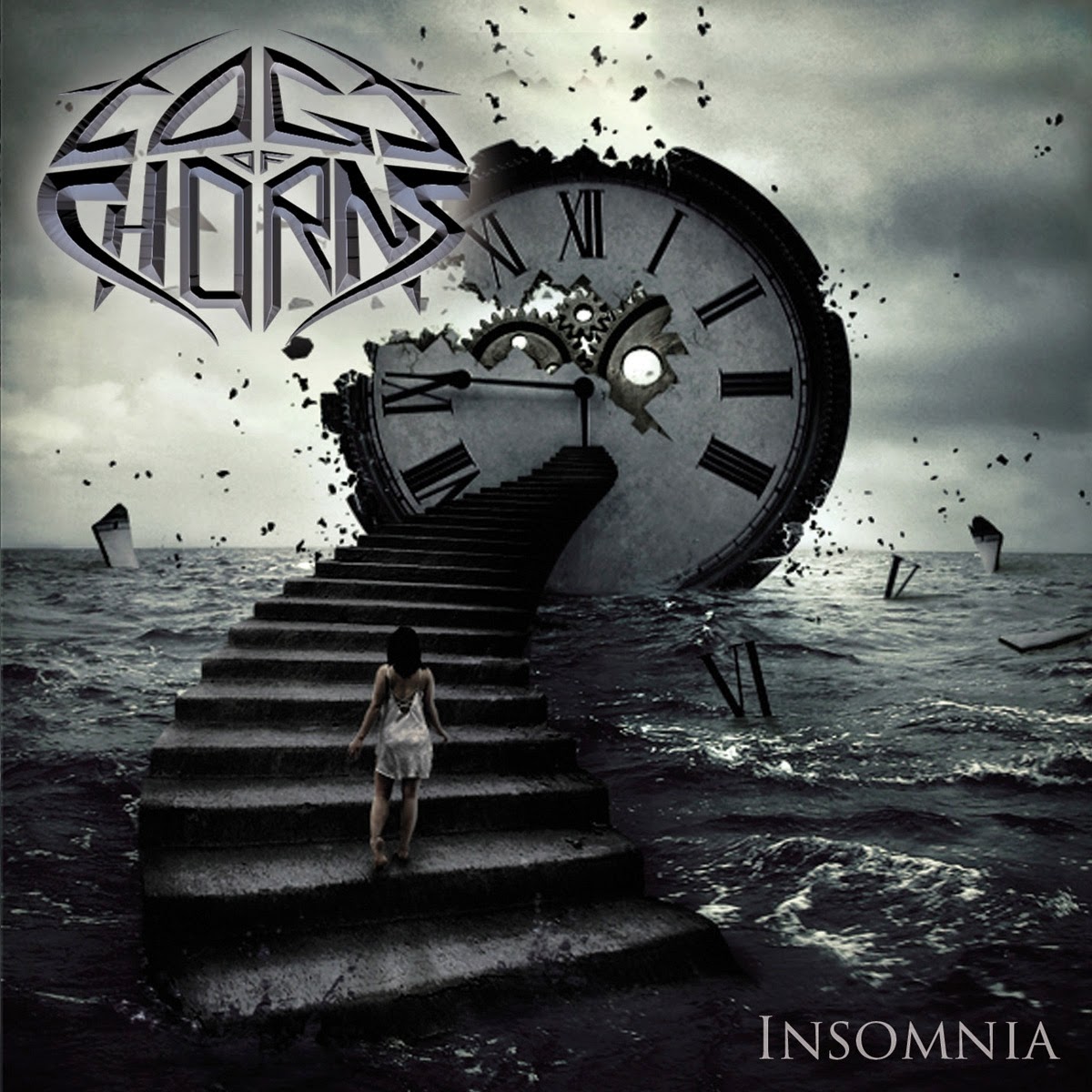 I thoroughly enjoy writing music reviews.  One of the small pleasures in life for me is getting exposure to a whole host of new bands I may otherwise have never heard of, or perhaps overlooked, because I get a review copy of a release.  Sometimes I get albums that go nowhere and feel like a waste of my time, but most of the time I at least enjoy what I get.  Sometimes, however, I get a diamond in the rough, something that I can be truly happy about receiving.  Edge Of Thorns is just such an example.

To be honest, I'd never heard of Edge Of Thorns before, but the name immediately made me think of Savatage.  Indeed, the band's moniker was inspired by the Savatage song/album, so of course, aural comparisons at once begin to take shape.  That's a mistake, however, because Edge Of Thorns really sound very little like the metal heroes they fashioned their name after.  Rather than a mix of American power metal, progressive hard rock and straight up metal, Edge Of Thorns take a different path.  Their sound is steeped in the modern, heavy European power metal sound, and that's a good thing, because the band has a knack for the style.

Right away, I'm enthralled by the guitars.  Longtime (founding?) lead guitarist Dave Brixius, and newcomer Jani Näckel bring the heat, big time.  Jani brings home driving hard riffs that not only hit hard, but are sprinkled with variety throughout.  It's not all chugga chugga stuff, but there are moments where the notes ring out, and other times when rhythmically, she makes things interesting.  Dave's solo work is fiery and blistering, bringing an exciting element to the songs during each solo break.  Some guitarists' solo playing can be too technical, or too basic, but Dave transitions back and forth nicely from song to song between highly melodic playing (such as some of the solo work in "The Seven Sins Of Arthur McGregor"), and all out fret board fireworks.  In all, the guitar sound is chunky and heavy, the way it should be in a band playing this style.  Bass provided by Achim Sinzinger is competent, and though not prominent in the band's sound, provides some necessary weight.  Drummer Joachim Lichter is on-point and provides a nice, meaty drum sound to the album.  He handles mid-tempo and basic beats like a champ, and his double-bass and faster drum work is impressive as well.  He brings a minor sense of dynamics as well, which is always a plus.

Vocally, Dirk Schmitt is a strong addition to the band's sound.  He has a very gritty tone that reminds me a lot of Udo Dirkschneider (ex-Accept), though with a bit less gravel.  Dirk has that sound where it sounds like his epiglottis is reverberating at 100 mph, so it's a "cleaner grit", if you will, than what Udo projects.  Dirk has a powerful voice, good range, and he uses his instrument well on this album.  The one bothersome thing I noticed about his vocals is more of a delivery issue than a problem with his voice.  Any time a word begins with the letter "i", he adds an artificial "r" sound, i.e. when he says "Insomnia" in the title track, or particularly in the last track, "Is This The Way It Is".  It's a minor issue, but as strong as his performance is here, it's a bit distracting to hear him say "Rrrrrinsomnia!" several times in a row during an otherwise great performance.  On the plus side, having fellow German Ralf Scheepers provide guest vocals during "Metal Unity" certainly doesn't hurt matters any.

Having not heard the previous 2 releases, I can't speak to the quality here versus past material, but what I can say is that this is a solid set of songs performed with enthusiasm by a talented bunch of performers.  What I'd really like to hear from the band on their next outing is an even tighter batch of tunes, with even catchier riffs and choruses.  Other than a bit of minor tightening of the vocal attack and a want for slightly more memorable batch of material, there's very little I can fault this album for.  This CD is a testament to the collective talent and drive of the band members, and I commend them for giving us a work as cohesive and consistent throughout.  Recommended.